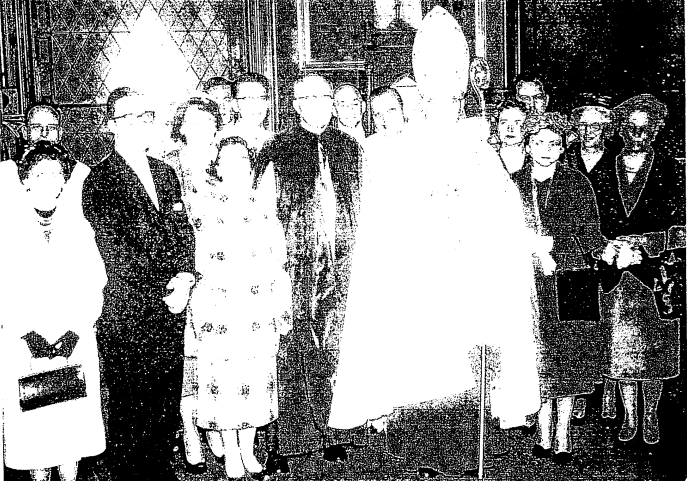 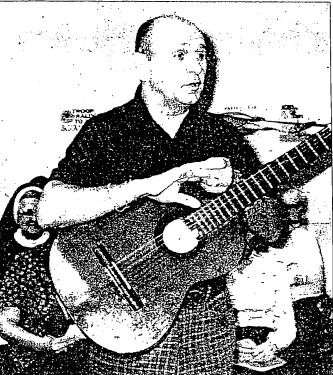 William Peffley leads the singing during a visit to the Legion of Mary in Rockford.

Some of the negative effects of the Second Vatican Council were felt by the Legion. The young people (and some old people, too) felt that the Legion was “old fashioned” and many junior praesidia were terminated, and with the exodus of priests and sisters there was a dearth of spiritual direction. Some people also felt the Rosary was “out of date” and that the Blessed Mother should no longer be venerated in the Church. Despite the difficulties, several junior praesidia continued and two did outstanding work. At an inner city parish, the junior Legionaries. assisted by senior Legionaries, undertook an “Apostolate to the Crowd” type of work, saying the Rosary in public places and asking people to join in. Another junior praesidium, with the guidance of two adult Legionaries, started a program of religious instructions for the children of Mexican and Puerto Rican immigrants who were moving into the parish. When a store front was secured, the adult Legionaries visited the homes and invited the children to attend the classes on Saturday morning from 10:00 to 11:30. There were almost 100 children at the first meeting and most of them continued throughout the summer. Classes had to be discontinued as autumn approached because the store was not heated. However, the good pastor of a parish offered the meeting room in the rectory so classes could continue. The children’s homes were very far from the Church so bus transportation was pro­vided. The classes continued for five years and many children re­ceived the Sacraments of Eucha­rist and Confirmation.